The National Surveys of Sexual Attitudes and Lifestyles - Natsal- are among the largest surveys of sexual behaviour in the world. In May 2019 development work for Natsal-4 (the fourth survey) commenced.
What are the Natsal surveys?

The National Surveys of Sexual Attitudes and Lifestyles - Natsal - are among the largest surveys of sexual behaviour in the world. Natsal was first run in 1990 and has taken place every 10 years since. The surveys use a probability sampling method to randomly select people from across Britain to take part, which means that the results are broadly representative of the British general population. So far, over 45,000 people have taken part in Natsal. The surveys are administered by an interviewer face-to-face in the participant’s home. It is a computer-assisted interview (CAPI), with self-completion sections (CASI) used for more sensitive topics.

The consistent methodology and repetition of the surveys have made it possible to look at differences in sexual behaviours over time.

Why did Natsal start?

Natsal was initiated in the mid-1980s in response to the emerging HIV epidemic to provide reliable information on the sexual behaviours and attitudes of people living in Britain at that time. The interviews for the first survey with those aged 18-59 years started in 1990 following a pilot study that showed that the vast majority of people in Britain were comfortable with participating in a scientific study on sexual health and behaviours, despite much scepticism as to whether this would be the case.

Indeed, the first Natsal was due to be publicly funded but the then Prime Minister, Margaret Thatcher, pulled the funding as it was reported that she believed that such a survey would have been an invasion of people’s privacy. Fortunately, the Wellcome Trust stepped in and funded the survey in 1990, the results of which had far greater impacts than had initially been envisaged, informing sexual and reproductive health more broadly than just policies around HIV/AIDS .

What has changed since Natsal-1?

Natsal-2 was undertaken 1999-2001 following the demand in the mid-1990s for up-to-date information on sexual health and behaviour in the British population. However, while Natsal-2 had a narrower target age-range (16-44 years), it had a broader focus than Natsal-1, although monitoring HIV/AIDS and looking at patterns in sexual behaviour was still an important focus of the study.

Natsal-2 also looked at pregnancy experience and STI prevalence in the population using reported behaviours from the survey, but also through taking urine samples to test for Chlamydia, one of the most common STIs in the population. Evidence generated by Natsal-2 was used to inform STI screening policy and the delivery of sexual health services.

Natsal-3 was undertaken in 2010-2012 to update data on sexual health in Britain. These data enabled changes over time to again be measured, and demonstrated some evidence of change although not to the same extent as observed between Natsal-1 and Natsal-2.

A unique focus of Natsal-3 was the extended age range of participants, from age 16 up to 74-year olds in order to consider sex across the life course. This survey also differed from the previous Natsal surveys as it expanded the definition of sexual health to include questions on sexual function and well as non-volitional sex.

Natsal-3 again asked participants to provide urine samples, but testing was expanded to include five STIs. In Natsal-3, saliva samples were also collected to measure levels of testosterone and to look at its association with general health as well as sexual health.

What has the impact of Natsal been?

Natsal has developed to become internationally-renowned in the population measurement of the social, behavioural and biological aspects of sexual health.

As serial probability surveys, Natsal is able to provide a comprehensive picture of the sexual health of the nation and show how this has changed over time and across generations. Natsal has captured striking changes in people born over much of the 20th Century – for example, the decline in age at first sex.

Natsal provides the evidence-base for major sexual health interventions and monitoring their impact, including:

Why do we need Natsal-4?

Since Natsal-3 there have been significant societal, individual-level and technological changes, along with shifts in public health priorities and service delivery, which influence sexual attitudes, lifestyles and health outcomes.

As a result of this, Natsal-4 intends to provide updated data on sexual lifestyles in the context of modern society. The development of Natsal-4 is currently underway. 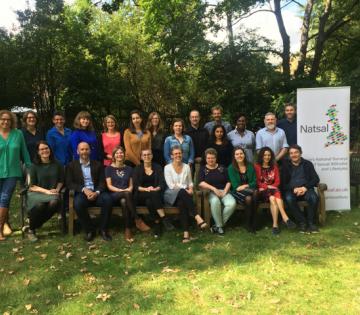